In 2018, Stabilo Boss launched the “Highlight the Remarkable” ad campaign. These ads literally highlighted women in history who made noteworthy contributions to society that were overlooked in their time. In the example below, Stabilo Boss highlighted Katherine Johnson in a group photo at Nasa. The ad featured copy discussing her contributions as a mathematician for NASA’s Apollo 11 mission. Katherine Johnson’s calculations were instrumental in the safe return of astronauts to Earth. This ad campaign won numerous awards and went viral on social media. 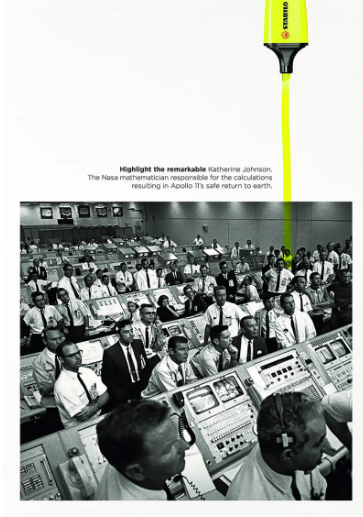 The Always “#likeagirl” campaign turned a common, gendered insult on its head. These series of ads showcased women and girls playing a variety of sports. This campaign juxtaposed common insults such as “run like a girl” or “throw like a girl” with footage of young athletes performing their respective sports very well. Utilizing a hashtag in the #likeagirl campaign was a brilliant way to increase the virality of the advertisements while inviting social media users to share their own experiences with gendered insults and sports performance.

The Movember Foundation is a non-profit organization that raises awareness for men’s health concerns, particularly mental health, testicular cancer, and prostate cancer. On World Suicide Prevention Day, the Movember Foundation launched a PSA on YouTube called “Unmute & Ask Him”. This short video featured a man speaking about his mental health struggles while the subtitles displayed grilling tips. This jarring disconnect between perception and reality highlighted the fact that societal pressure and gender norms led to men stifling their feelings. This PSA was a call for people to check on the men in their lives and encourage them to speak candidly about their wellbeing.

You can view the “Unmute & Ask Him” campaign on YouTube. 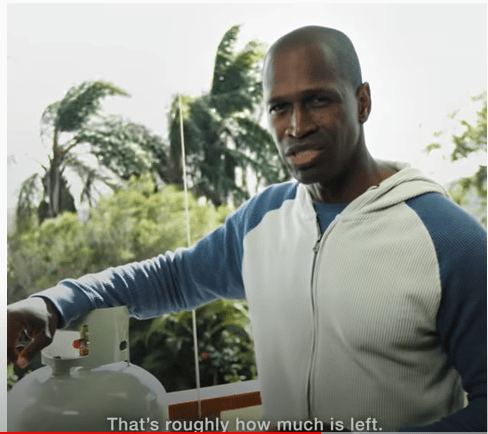 P&G (formerly known as Procter & Gamble) is one of the largest companies in the world with dozens of household brands such as Crest Toothpaste, Dawn, Always, Bounty Paper Towels, and Pantene. As a worldwide manufacturer of popular consumer goods, P&G sought to highlight the sacrifices of mothers across the world by showcasing how their nurturing and support helped Olympic athletes achieve their goals. The “Thank You, Mom” series of ads showcased video footage of mothers who raised champions. Launched in 2010, the “Thank you, Mom” ad series was the most successful campaign in P&G’s 175-year existence. It resulted in a $500 million increase in global sales and earned over 74, 000,000 views. 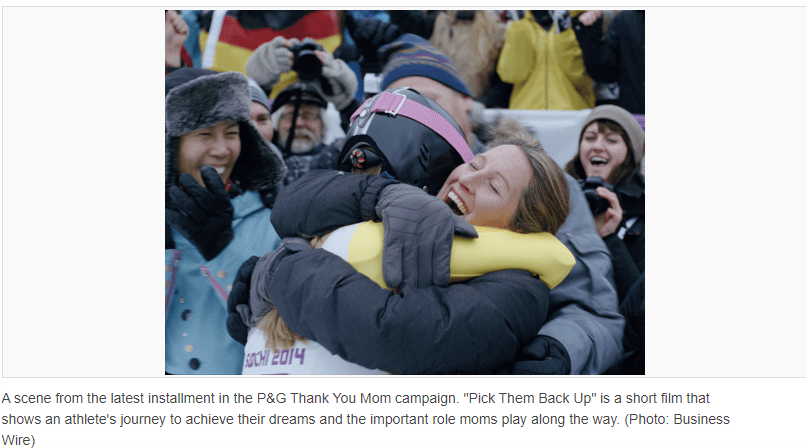 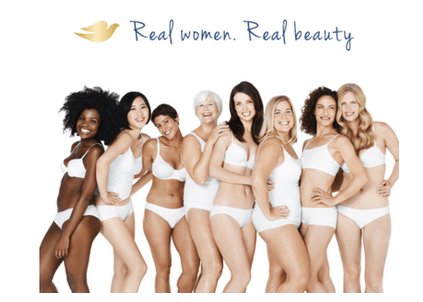 Positivity, gratitude, and inspiration can go a long way with consumers. Incorporating stories of triumph and inclusion can be a winning formula in your next advertising campaign. If you need help with your cross media marketing, direct mail, or graphic design, give the friendly pros at Pel Hughes a call at (504) 486-8646 to request a quote. We offer a wealth of resources to businesses and non-profits alike, including campaign automation, database services, and full-service printing.

2023 Design Trends You Should Know About
Scroll to top