Marketing with storytelling is a compelling way to engage consumers. Science backs this notion up, too. When information is presented in the format of a story, it is far more likely to be committed to memory. Marketing with storytelling also helps connect a consumer to your brand and its products. Storytelling isn’t just for for-profit businesses. This content marketing tactic is especially effective for cause-based organizations. To help our clients better understand the powerful nature of storytelling, we’ve compiled a list of great content marketing examples.

Examples of Marketing with Storytelling

This example is especially useful in the context of non-profit marketing. When tech billionaire, Mati Kochavi and his daughter learned that only 60% of millennials could identify Auschwitz, they developed a campaign called “Eva Stories”, which chronicled a Holocaust victim’s life from Instagram. This idea was conceptualized by Kovachi’s daughter when she pondered what a Holocaust victim’s life would look like if their experience was documented through a social media platform. Eva Stories involved delving into the real-life experiences of a Hungarian child named Eva Heyman, who kept a diary that chronicled everyday hardships like her parent’s divorce and the intensity of teenage crushes. Eva Stories culminated with her deportation and internment in Auschwitz. 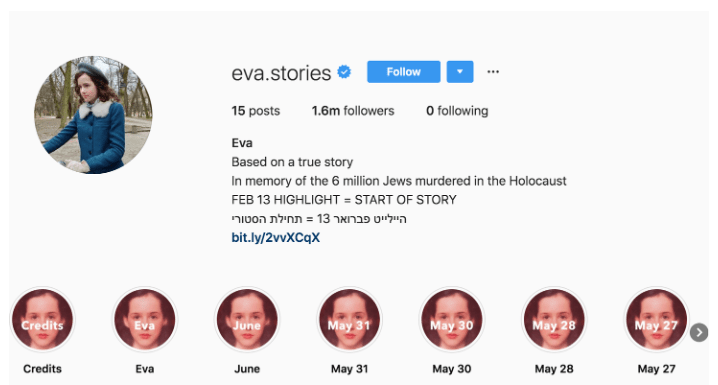 Augmented reality (AR) marketing is an easy way to incorporate visual storytelling. Coca Cola implemented storytelling by selling scannable soft drink cans. This technology made it possible for consumers to use their smartphones to scan a can of soda and subsequently watch a short advertisement. One of Coca Cola’s most beloved holiday advertising themes, its polar bears, were depicted in augmented reality videos. These videos displayed content like the polar bears playing Christmas songs with glass coke bottles or sledding over the snow.

Other storytelling campaigns via AR that Coca Cola implemented were videos of animated characters resolving conflict by sharing a coke. This campaign resonated well with tech-savvy, younger consumers in Mexico.

AR storytelling can easily be implemented on print advertising materials such as direct mail through QR codes and PURLs—something that our team at Pel Hughes is familiar with producing for our clients.

#3 Guinness’ “Made of More” Campaign

In an effort to promote more inclusivity in marketing, Guinness deployed the “Made of More” campaign, which highlighted diversity of Rugby athletes. In one video used in this campaign, Guinness showed the history of the Japanese female rugby team, Liberty Fields RFC. This short video depicted the gender norms of 1989 juxtaposed with Liberty Fields RFC defying those norms as formidable and successful athletes. The imagery used in this campaign involved video footage from actual rugby games along with reenactments performed by actors to illustrate the dedication and resilience of a pioneering team of female athletes.

You can view the entire advertisement on Vimeo. 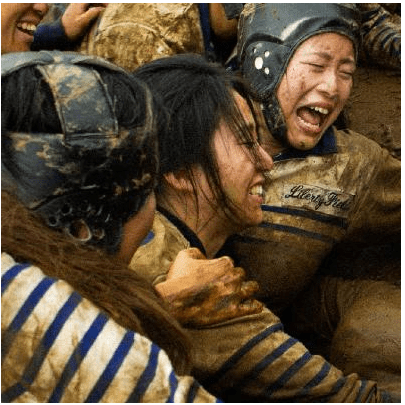 Marketing with storytelling can take your advertising game to the next level. Pel Hughes can help you implement storytelling campaigns into your e-mail marketing and direct mail advertising with QR codes and PURLs. Give our helpful team a call at (504) 486-8646 to learn more about our services for businesses and non-profit organizations.